The Extra Shot: Exclusive Excerpt from Your Dad Will Do (A Touch of Taboo Book 1) by Katee Robert

Welcome to The Extra Shot where you’ll find an exclusive excerpt from the new release Your Dad Will Do (A Touch of Taboo Book 1) by Katee Robert.

Tomorrow be sure to stop by as Romance Author Katee Robert joins me here on the blog for Coffee With. Grab a cuppa and discover a few fun and tasty tidbits.

That’s how I end up on his front porch in a short black dress and thigh-highs in the middle of January, well after the polite hours of visiting. I’m shaking as I knock on the door, and it’s not purely because the icy wind makes my clothing feel like a laughable barrier.

Despite the late hour, he’s awake. My breath catches in my throat as the door opens to reveal him. Shane. The man who, up until a few days ago, was supposed to be my father-in-law. Funny how quickly things change when you least expect it. Or not so funny at all. I sure as hell don’t feel like laughing.

He fills the doorway, a large man with broad shoulders, big hands, and a smattering of salt and pepper in his hair. He’s in his late forties, some twenty-ish years older than me. Shane frowns as recognition slips over his handsome face. “Lily? What are you doing here?”

“I was hoping we could talk.” I have to clench my jaw to keep my teeth from chattering. Maybe I should have gone with the trench coat route. At least then I’d have a coat.

To his credit, Shane doesn’t make me wait. He moves out of the way and holds the door open so I can walk past him. The first blast of warmth makes me shiver again. Maybe if I hadn’t stood out there for so long, gathering my courage, I wouldn’t be so cold now.

I blink and stop trying to rub feeling back into my fingertips. “Excuse me?”

“My asshole son. What’s he done now?” He catches my hand and lifts it between us. My ring finger is markedly empty. Shane skates his thumb across the bare skin, still frowning. Now my shivers have very little to do with temperature and everything to do with desire.

It’s yet another indication of the many ways that my relationship with Max wasn’t operating on all cylinders. His freaking father can do more with a single swipe of his thumb than Max was ever interested in doing with his entire body. Then again, Max and I only ever had polite, friendly sex—which was not what I found him doing with his secretary when I showed up unexpectedly at his office. It’s not what I suspect he was doing with the others I suspect came before her.

I don’t want to get into it right now. I’ve already had four days of tears and raging with my girlfriends, but if I start talking about how I found Max f&*king his secretary like the biggest goddamn cliché in existence, I’m going to start crying again.

That’s not why I’m here.

I’m here for revenge—and maybe a little pleasure, too, though the pleasure rates a distant second in priorities.

“Shane.” I say his name slowly. In all the time I dated Max, I called him Mr. Alby. A necessary distance between us, a reminder of what he was to me—only ever my boyfriend’s father. I rip down that distance now and stare up at him, letting him see the pent up emotions I’ve spent two long years ignoring and denying.

Shane’s dark eyes go wide and then hot before he shutters his response, locking himself up tight. But, almost as if he can’t resist, he swipes the pad of his thumb over my bare ring finger again. “Tell me what happened.”

“We’re over.” My voice catches, and I hate that it catches. “No going back, no crossing Go, no collecting two hundred dollars. Really, really over.”

He nods slowly and then gives my hand a squeeze. “Sounds like you could use a drink.”

“I could use about ten, but one’s a good place to start.” At least he isn’t kicking me out. That’s a good sign, right? I follow him to the kitchen and watch as he opens the liquor cabinet and picks through the bottles.

He barely glances at me. “Vodka, right?”

“Yes.” Of course he remembers my drink. I bet, if pressed, he also remembers my birthday and a whole host of other details that slip past most people, including my ex.

But then, Shane isn’t most people.

He finishes with the drinks and I gather what’s left of my courage and close the distance between us, sliding between him and the counter to reach for the glass. Just like that, he’s at my back, his hips against my ass. “Thank you,” I say over my shoulder.

He inhales sharply, but doesn’t move back. “What are you doing, Lily?”

His lack of retreat gives me a little more strength. Just enough to sip the drink and then turn slowly to face him. I have to lean back over the counter to meet his gaze, and a thrill goes through me as he forces me to make the adjustments. He might as well be made from stone. I tip my chin up. “I have a question.”

“Last summer, you and Max were supposed to be working, so I was here at the pool.” I can barely catch my breath. “No one was around so I didn’t bother with a suit.”

“Mmm.” The barely banked heat in his gaze is back, flaring hotter by the second. He still hasn’t moved, either to press against me or to retreat. “That’s not a question.”

I lick my lips. “It felt wicked to be out there naked, knowing I was in your house even if you weren’t here. I…” This part’s harder, but his nearness gives me a boost of bravado. “I started touching myself. I felt like such a little slut, but that made it hotter.”

He’s breathing harder now, and he reaches around me to grasp the counter on either side of my hips. “Why are you telling me this?”

“Because it’s not anything you don’t already know,” I whisper. “You were upstairs. I saw you watch me through the master window.”

Get your copy here:

Katee Robert is a New York Times and USA Today bestselling author of contemporary romance and romantic suspense. Entertainment Weekly calls her writing “unspeakably hot.” Her books have sold over a million copies. She lives in the Pacific Northwest with her husband, children, a cat who thinks he’s a dog, and two Great Danes who think they’re lap dogs.

This site uses Akismet to reduce spam. Learn how your comment data is processed. 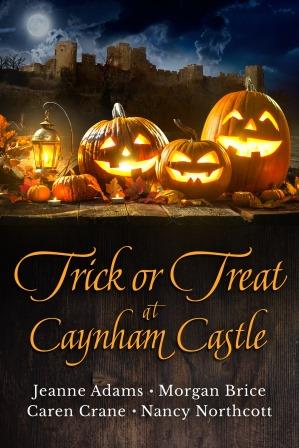 Share This
We use cookies to ensure that we give you the best experience on our website. If you continue to use this site we will assume that you consent and are happy with it.I am ok with your site using cookiesNoRead more